Bill Wilson Center receives many local, regional and national awards recognizing our success helping homeless youth transition their lives off of the streets. Included is sampling of some of the honors that Bill Wilson Center has received for our work. 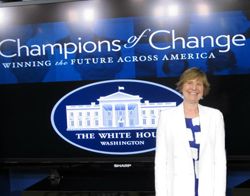 Our Sponsors and Partners